Hurricane Forum: Size of storm is just as important as category 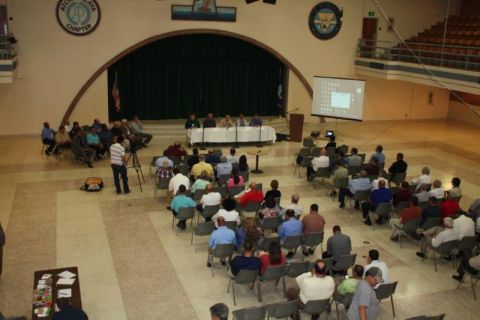 When preparing for a hurricane or tropical storm, the size of the storm may be just as important as the category, officials from the National Weather Service and National Oceanic and Atmospheric Administration told about 100 people at the Hurricane Preparedness Forum Monday in Morgan City. Roger Erickson, a meteorologist with the National Weather Service in Lake Charles, said people get fixated on the strength of storm but the size of the storm matters just as much especially in terms of local impact, he said. U.S. Rep. Charles Boustany, RLafayette, along with the Port of Morgan City hosted the forum. Boustany said he holds forums annually in Lafayette and Lake Charles, but added the Morgan City forum because his 3rd Congressional District includes the city. Tim Osborn of NOAA said there are countless instances where storm category and storm surge do not match up. Storm surge builds on ocean tides, Osborn said. Hurricane Sandy showed how the East and Gulf coasts should work together in storm preparedness.


Read more: Hurricane Forum: Size of storm is just as important as category 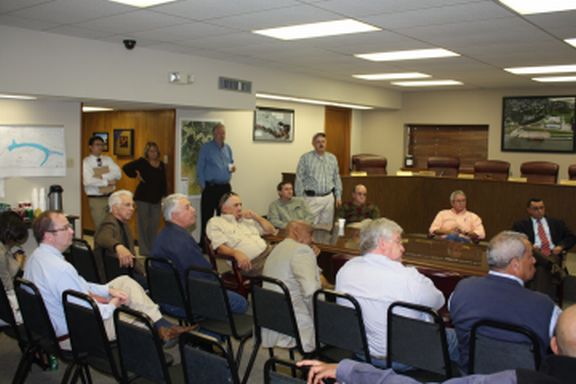 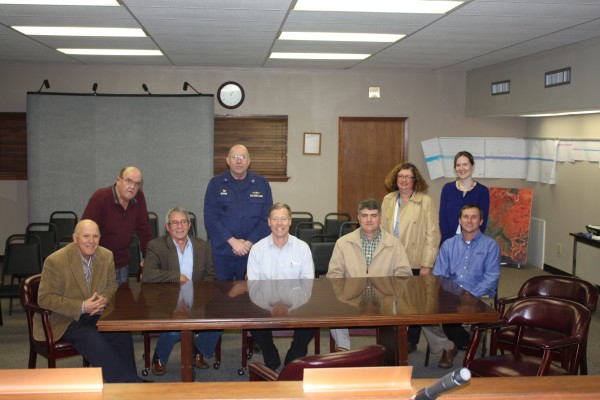 James Watson, Director of the Bureau of Safety and Environmental Enforcement (BSEE), recently visited oil and gas-related industry within the Port of Morgan City District.  Director Watson was sworn in as Director of BSEE on December 1, 2011.  He is responsible for promoting safety, protecting the environment and conserving resources through the vigorous regulatory oversight and enforcement of offshore operations on the U. S. Outer Continental Shelf. 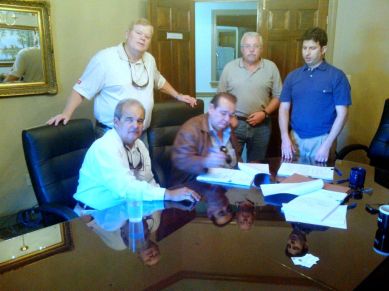 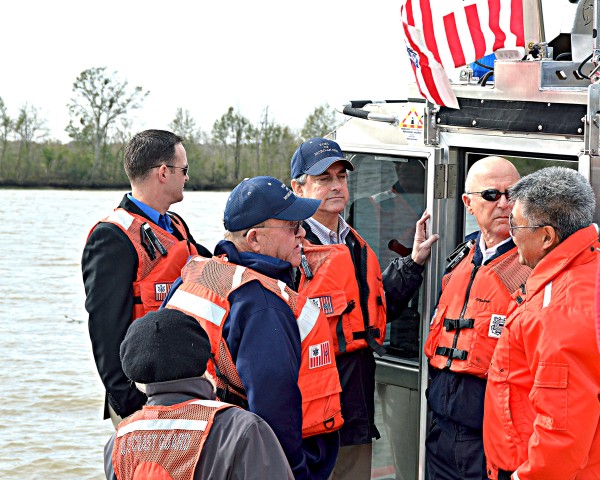 For Immediate Release: October 20, 2011
Contact:  Rachel Rodi
504-862-2587
This email address is being protected from spambots. You need JavaScript enabled to view it.

NEW ORLEANS – Approval has been granted for the U.S. Army Corps of Engineers, New Orleans District to re-align the federally-authorized navigation channel in the Lower Atchafalaya River to Crewboat Cut instead of the Horseshoe Bend reach.  Crewboat Cut is already the preferred navigation route for local navigation.  An analysis of the new channel shows that cost savings can be achieved since the Crewboat Cut channel would require less dredging.

The Atchafalaya River and Bayous Chene, Boeuf and Black, Louisiana federal navigation project meanders through St Mary and Terrebonne parishes.  Annual maintenance dredging of the current authorized channel in the Horseshoe Bend reach totals approximately 800,000 cubic yards per year.  The proposed realignment through what is locally known as Crewboat Cut will only require approximately 200,000 cubic yards to be removed on an annual basis.

“Analysis conducted by the Corps of Engineers shows that annual maintenance costs for this reach could decline by an estimated $7.4 million,” said Darrel Broussard, Senior Project Manager.  “The lower cost for maintenance from a reduction in dredging costs provides a basis for our recommendation to change the channel alignment to Crewboat Cut.”

"This is certainly good news and one that we have been waiting to hear for a long time.  The success of this endeavor came about with the cooperation and hard work of local businesses and citizenry, the Port Commission and the Corps of Engineers.  It is an example of what can be done when you work together and persist in a common goal.  Now comes the hard part and that is finding the money in these financially difficult times to bring this project to its final conclusion,” said Jerry Hoffpauir, Executive Director, Port of Morgan City.

Hydrodynamic modeling was conducted to determine potential effects on water stages in and around Morgan City, estimate sedimentation rates, and provide data for a ship simulation model.  The model showed that no measurable change would occur in water stages in Morgan City and sedimentation rates in the Crewboat Cut as a result of channel realignment.  In addition, the ship simulator indicated that the new channel would be a safe navigation route for vessels that already use the current channel.

To ensure that the banks of the Crewboat Cut navigation channel remain stable, 1.8 miles of stone bank protection must be placed along the east bank of the channel.  The new channel alignment will not be adopted into the federal system until the bank protection measures are in place.

Once the federal navigation channel has been re-aligned, the Corps anticipates that the Horseshoe Bend reach will naturally shoal over time.