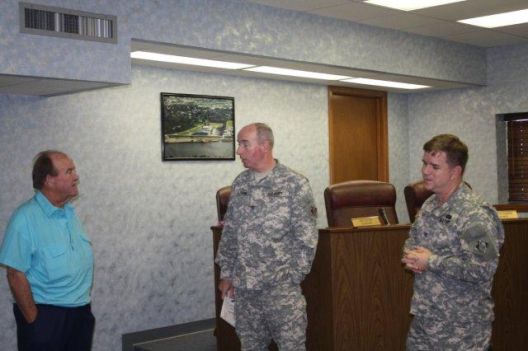 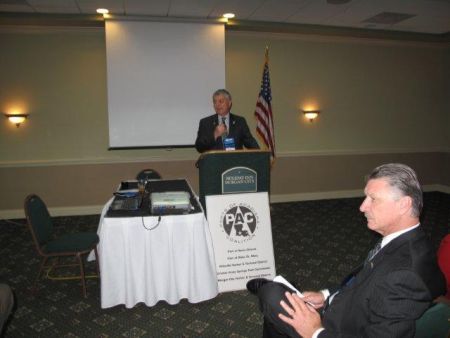 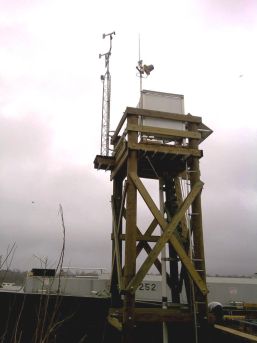 A REFLECTION ON RECENT DISASTERS 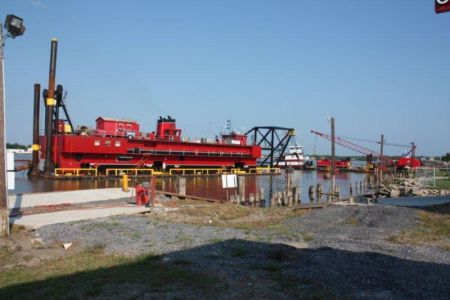 The years of 2010 and 2011 were challenging years for the Port of Morgan City area. In 2010, the BP oil spill wreaked havoc through-out the Oil Industry, an industry which the economy of the Port of Morgan City is heavily reliant upon. Then, just when a recovery was in sight, along came the high water event of 2011. With the threat of the 2011 flood surpassing the record level of 10.53 set in the 1973 flood at Morgan City, the communities banded together and prepared for the worst. Fortunately, The Flood of 2011 did not reach the historic heights predicted. The official crest was 10.35 feet, the second highest ever recorded at Morgan City. The area was prepared for the predicted historic river levels. This level of confidence came about through the efforts of the St. Mary Parish Levee District, the St. Mary Parish Government, the City of Morgan City, the Town of Berwick, the State of Louisiana, the Corps of Engineers and the National Guard. Together they demonstrated that in times of great danger we can unite as a unit and not only face the threat head on, but win. Thanks to all for keeping us safe. Although the catastrophic event did not happen, the flood was still highly disruptive to local businesses and communities. As the water level dropped we began to see what was left behind, and our work at the Port of Morgan City began. Dock access in most areas was at levels that reduced commerce to almost nothing due to silt accumulation. The silt severely restricted navigation in the Atchafalaya River and limited access to the Gulf of Mexico. To make a bad situation worse, due to the slashing of the Corps of Engineers’ Operation and Maintenance budget by the federal government, the necessary funding required to dredge our waters to navigable depths was limited. The intersection of the Intracoastal Canal with the Atchafalaya River at Berwick Harbor is one of the busiest in the country and is critical to commerce and the security of the country. The U. S. Coast Guard has recorded as many as 5,000 passages per month at this intersection. This body of water is now listed as a major component of the Federal Marine Highway system. Traveling south 25-miles, the Atchafalaya River enters the Gulf Of Mexico and the oilfields and International Shipping Lanes that are so important to our country. Due to a 70/30 water flow distribution between the Mississippi and Atchafalaya Rivers which is maintained through the Old River Control Complex at the Red River, the Atchafalaya River carries the sediment load of more than 30 U. S. States that drain into the Mississippi River System. At one time, the Atchafalaya River at Berwick Harbor was listed as the deepest river in the world. Sadly, due to excessive siltation caused by the Old River diversion and inadequate funding to remove the silt, this is no longer the case. The Morgan City Harbor and Terminal District Board of Commissioners believes that it has become more critical than ever that we continue our efforts to make Washington and the rest of this country aware of just how important proper maintenance of the Atchafalaya River is to the well being of the USA. The Commission remains dedicated to continuing their efforts to insure that the Atchafalaya River and Berwick Harbor remain open not only to serve as a magnet for future economic development within the Port District but also to enhance commerce and insure security for the entire nation. 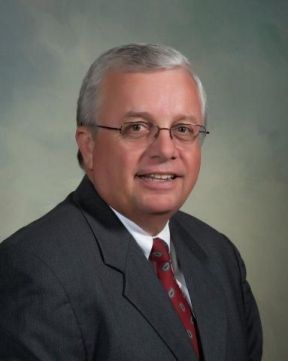 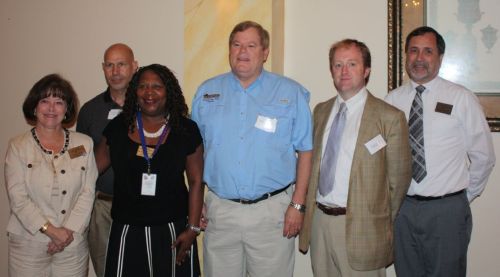 The St. Mary Parish Chamber of Commerce heard from representatives from the Morgan City Harbor and Terminal District during a recent monthly luncheon. Port Commission President Raymond “Mac” Wade discussed the ports progress with tonnage collections, while Jonathan Hird of Moffatt and Nichol, an engineering firm the port hired to help determine how to manage its sediment problem, spoke about the pudding-like “spoil” that comes down the Atchafalaya River and must be dredged to keep waterways open. From left are chamber President Donna Meyer, chamber Program Chairman Adam Crappel, chamber board member Marilyn Davis, Wade, Hird and chamber Chairman Karl Young.