Above, Planters Rice Mill employees work Thursday morning to load rice from
a truck onto a barge at the Port of Morgan City’s dock.  They used an electrically
powered conveyer belt to transfer the rice. About 3,500 tons will be loaded
into two barges at the port, where it will stay until a ship arrives to take it to Haiti.
Below, Port of Morgan City Executive Director Raymond “Mac” Wade holds a handful
that fell onto the ground this morning when workers transferred rice from a truck
to a barge. Any rice that falls off the conveyer belt is disposed of, Wade said. 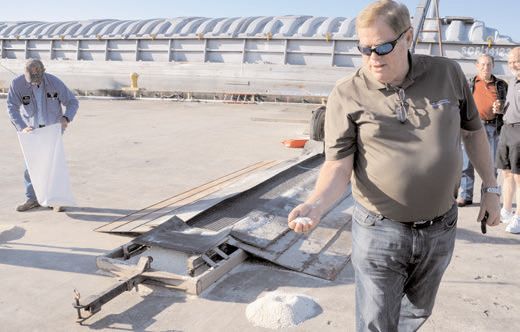 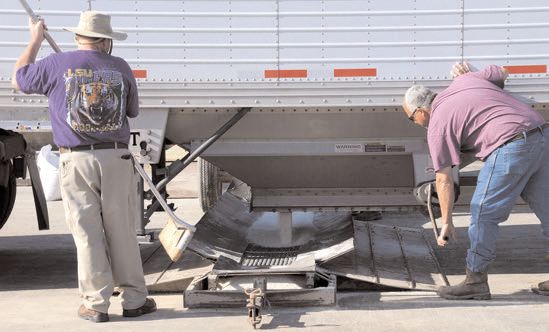 A U.S. Department of Agriculture inspector, left, and Planters Rice Mill worker
watch as rice comes out of a truck chute and onto a conveyer belt
transferring the rice to a barge this morning at the Port of Morgan City.