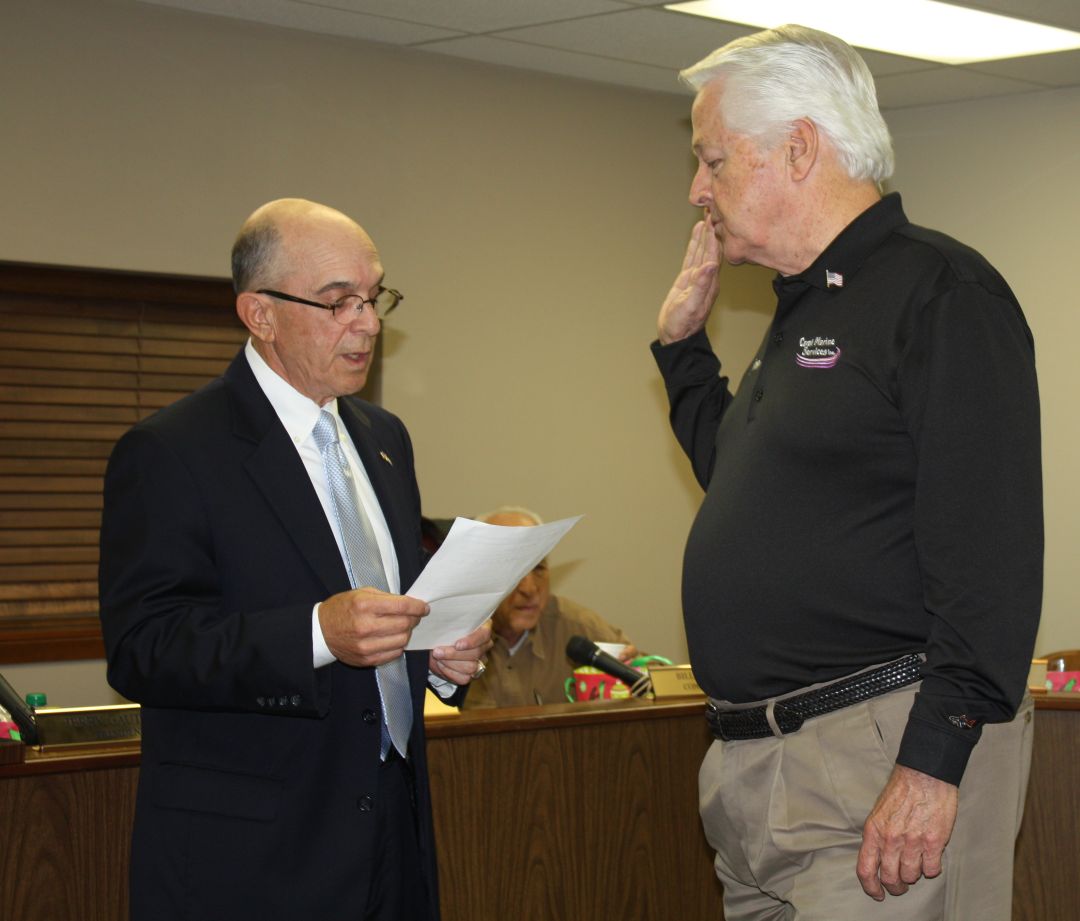 The Morgan City Harbor and Terminal District welcomed Joseph Cain of Berwick as its newest commissioner during their December meeting.  Cain, appointed by the Berwick Town Council, will replace former Vice-President Gregory Aucoin. 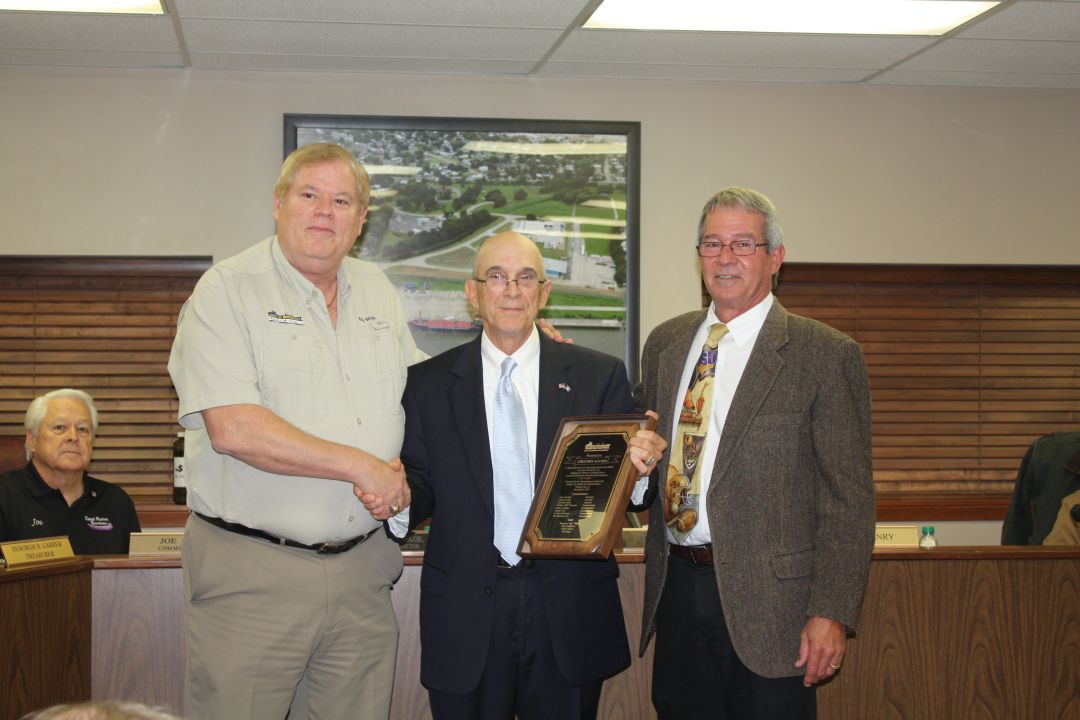 Morgan City Harbor and Terminal District President Jerry Gauthier and Executive Director Raymond "Mac" Wade presented former commissioner Gregory Aucoin with a plaque recognizing his service on the commission at the District's December meeting, where he served as a commissioner for the last 15 years.